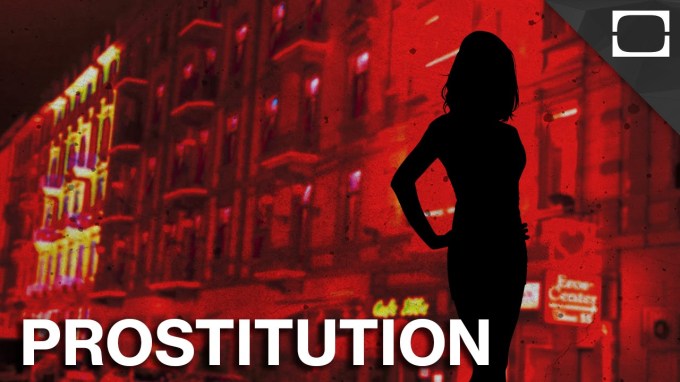 June 2 of each year honours sex workers and recognises their, rights as humans and also the much exploited working conditions. June 2 is International Sex workers’ Day. The dictionary definition of a prostitute is a person, in particular a woman, who engages in sexual activity for payment.

As the sexual service is provided mostly by women almost exclusively to men, the understanding that sex work is enslavement of women rather than work has gained ground throughout history.

In ancient times we had Nagarvadhu , Mukhies, Devdasi Pratha (devdasi meaning female slave to God); still widely prevalent among Bediya and Nat community. This tradition deteriorated over the time and many Devadasis became mistresses of the local royal or noblemen. The children born of such union would be dedicated to the temples.  The daughters born from such unions would be dedicated to the temple while the sons would be trained as musicians. This led to the religious prostitution in temples of India which continues till date.

THE GOOD, THE BAD

My question is why sex work is not a work? How do we define a work?

Any mental or physical activity that we perform to gain some results, is probably a work. If work means activity performed as a means of survival, how sexual work for money is not a work? because there is this word ‘sex’ in it?

The act, earlier called the All India Suppression of Immoral Traffic Act (SITA), was amended to the current law; now called as Immoral Traffic Prevention Act (ITPA) in 1986.The law intends to abolish prostitution in India by criminalizing various aspects of sex work. Unlike the other professions, sex workers are not protected under normal labor laws ; However they possess the right to rescue and rehabilitation if they desire and possess all the rights of other citizens. Prostitution itself is not an offence under this law, but soliciting, brothels, madams and pimps are illegal. Sadly, this is this vague law on prostitution in India that leads to extreme exploitation of sex workers. Since sex workers are always on the wrong side of the law the possibility of being exploited (monetary and sexual) mostly by petty criminal gangs, by traffickers, by law enforcement, by non-paying clients, by brothel owners, by loan sharks, by men/women who have emotional and/or financial control is very real.

As a patriarchal society we have a definition for a good woman and a bad. Only the good women are entitled to all the basic human rights. Its our sense of disrupted morality as a society that doesn’t allow us to look at sex workers as workers. If a woman is raped or murdered , we are outraged but if the same happens with a sex worker, no body bothers. Is a sex worker not a human? Just because she is using her genitals to earn money, she is not a human? Ironically the prostitutes are on one hand considered to be victims,on the other hand they are also considered to be morally weak and sexually liberated.

People consider that trading money for sex is sexual exploitation. When every sexual encounter between a woman and her clients is viewed as a rape, there is no room for a woman in sex work to actually be raped.

The perspective assumes that all sex workers are forced into the institution. While we can not deny the fact that most of them are kidnapped,trafficked and forced,we as a society can also never accept that prostitution sometimes is a choice.Women in sex work are never seen as part of the workforce whose livelihood is dependent on providing sexual services.

The governments should protect, respect and fulfill the rights of sex workers including protecting them from harm, exploitation and coercion, ensuring they can participate in the development of laws and policies that affect their lives and safety and guaranteeing access to health, education and employment options.Regulation of prostitution would provide sex workers to avail facility of regular medical checks ups and adequate birth control tools, which will ultimately result in reducing the high risk of sexual diseases being communicated from workers to customers and vice-versa. This will promote their personal well-being through cleaner, healthier and safer working environment and conditions.  Legalization of prostitution will lead to a systematic advancement of the industry. The service of pimps and middlemen will no longer be required, which would lead to a decline in crimes against sex workers and an increase in their wages.

Prostitution hurts us all. Every one of us. It happens because women are not equal to men. Because women are more likely to be poor as a result of the structures that deny us equal opportunities, which include a cycle of violence encompassing prostitution. Not one woman can be free and equal to men so long as any woman is sold by and to them. As long as we normalise the idea that “some” women can be ordered and thrown about like a product from Amazon, then all women live in a world where the threat of violence keeps us in our place.

Children of prostitutes are victimized in a multitude of ways, including neglect,
malnutrition or abandonment, loss of shelter, and an increased risk of entering
prostitution.

According to UNAIDS’ country report, there are 1.26 million female prostitutes in India
(UNAIDS, 2010). The BBC news in 2006 reported that the number of prostitutes in India
has risen by 50% in less than a decade. Mumbai has over 125,000 prostitutes; the
majority of them come from the states of Nepal, West Bengal, Orissa, Bihar, Andhra
Pradesh, and Karnataka. Additionally, there are 5.4 million children of prostitutes in India, most of whom live with their mothers in the red light area.Women often face the daunting task of having to raise their children within the context of an unfamiliar environment. The child of a prostitute faces extraordinary danger; female children face difficult prospects and are expected to enter the trade like their mothers, while males are expected to help in the trade.Prostituted children are often forced to work in hazardous environments without proper hygiene. They face threats of violence and are sometimes raped and beaten. The children of prostitutes are the victims without a choice.Little attention has been paid to these children who are victims of their circumstances from birth, denied the opportunity to be free of their background, and deprived of an environment conducive to healthy physical and psychological development.

Mothers need to realize the importance of keeping children away from the trade. They must also be informed of government programs and learn to value education. A cooperative effort must be undertaken by government and nongovernmental organizations and organizations of prostitutes to improve the future for these children.Therapists are important in helping children recover from stressful childhood surrounded by prostitution.

This International sex workers day, Lets take a dig into our definition of the good, the bad and the ugly.  Amidst the Chaos of moral values, lets find the calm of humanity.